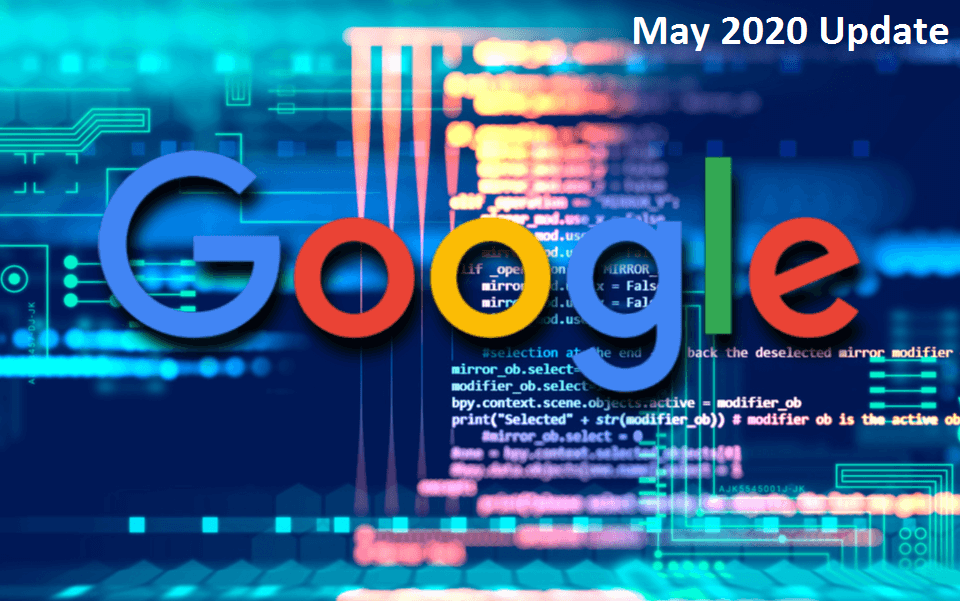 As we know Google launches algorithm updates every year to keep the search results as user-friendly as possible, here is one more update that Google announced.

Danny Sullivan announced and confirmed an algorithm update on May 4th, 2020 and given it a name “May 2020 Core Update”.

Here is what Danny Tweeted:

Previously, the nomenclature that Google used for all algorithm updates were quite different than this one. Now we can expect all future updates in the month/year naming format. But I think naming like this makes a bit tough to remember for newbie in SEO industry as compared to the previous one.

For your information, this is the second core update Google has announced in this year. It was quite obvious that most of the people in SEO industry did not expect an algorithm update at the time of covid-19 pandemic. But Google is always known to be always way ahead of what SEO professionals might think.

Was this Update Really Required or Important?

The answer is “Definitely Yes”. Google always launches an algorithm update keeping user intent at its highest  priority. So we must always think that even when there is a minor update launched, there might be fluctuations in rankings of many websites. Every algorithmic update produces some fluctuations in the rankings may it be in a positive way or a negative way. There is a possibility of ranking getting fluctuate of certain niches because sometimes Google does this as we have seen this in the case of YMYL update in which mainly health and finance niche websites were affected.

We can say that every update produces more and more relevant search results, so every update is good accordingly.

Why was May 2020 Core Update Required?

As we know that the covid-19 pandemic has changed things around us perspective of people and obviously the way people used to search on Google. So it was a wise decision by Google to launch an algorithm update during this time. Google never stops working to relevancy and this was the time Google was required to change the results in some sort.

What to do if your website got hit by this Algorithm?

Alike other previous algorithm updates, there is nothing you can do if your ranking got dropped after this update was launched. Here are the guidelines on how to improve your websites and never get hit by an algorithmic update in future:

How to avoid getting hit by algorithm updates?

Google focuses mainly on user-intent, user-friendliness and content relevancy with the user query.

Even if your website has a very good authority, it is not necessary that every page will be ranking good on SERPs. It will all depend on the search query. Google will see how relevant is the content on the page which potentially serves and answers the user query most appropriately.

It is always a good idea to adhere to the guidelines provided by Google so that you never get hit by any future algorithm update.

One more thing, if your ranking suddenly drops for a particular search term, it does not certainly mean that you have been hit by the update. It can also mean that the content on the web page is not simply quite relevant to term searched by the user or other websites have better content and serve the user query in a much better way than your page does.

According to the data shared by Mozcast, here is a screenshot of what it says:

It is not a particular niche that is affected in this core update. It is the content relevancy that won the update and irrelevant content on authority websites lost. It should be a fair case like I already said, the content must serve the most precise answer to the searcher’s query. Because at the end, searcher only needs an answer and will keep on searching till he doesn’t. Google makes it easier for the searcher by displaying the results that precisely answer the query searched.

According to me, we must not be concerned with who won and who lost. We must be concerned about it only if certain niches get affected by an update. And this case, it did not happen, so nothing to worry about.

Just stick to the webmasters guidelines and that’s it.

Here you can see who won and who lost if you are interested in it.

Who Won and Who Lost

What Can You Expect?

If your website stayed unaffected by this core algorithm, congratulations you did not loose and you have a good quality content on your webpages.

But is that enough for the long run?

But one thing that you must always keep in mind is that always keep your content updated according to current situation.
What do I mean by saying that?

For example you have written a piece of content on covid-19, as we know that the prevailing situation is constantly changing in the world, so it would probably not be a good idea to keep the same content and expect that to stay on page one of Google forever.

How to improve your SEO if you get hit?

A very simple solution is that optimize that content according to the intent. I know what you might be thinking.

What if I have already optimized the content multiple times and still not getting ranked on the top?

Remember, SEO is not only about the content. There are numerous other things your website may be lacking at. Or maybe, your website is affected by any other algorithm update.

I may be right, but how to find that out?

What did Google Change?

It is unclear yet what exactly has Google changed. But we can still say that Google is focusing more and more on user intent. This update was important because the way people searched on Google changed during the pandemic and some covid-19 update section was an important thing that had to be considered.

This core update has changed the way how Google used to calculate the authority of the content. Here are few highlights of this update:

Best Search Engines to use in 2020

E-A-T SEO: Everything You Need to Know